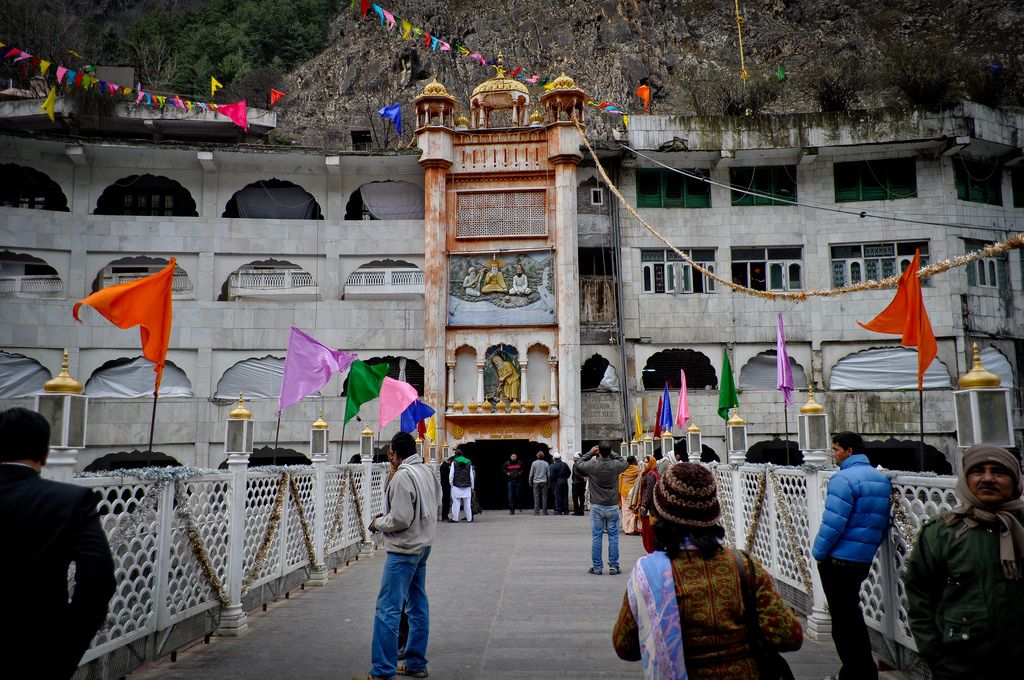 Manikaran Sahib: The Mystical Gurudwara that keeps on giving

Manikaran is a town located only about 5km away from the famous city of Kasol. Manikaran is famous for two things- Its natural hot springs and the Gurudwara. The Gurudwara attracts a lot of pilgrims everyday who are completely devoted to the Lord. The Gurudwara called the Manikaran Sahib is a grand shrine which evokes divinity and devotion into whoever visits it.

It is perched upon a hill and the surroundings are cluttered with hotels, restaurants and other small shops.

The mighty gurudwara remains hidden behind this cluster of buildings. It also had an experimental Geothermal energy plant that is still in the works. Manikaran also has many temples, which attracts a lot of people from the Hindu and Sikh religion. They seek to offer their devotions in return for the blessings from these temples.

The Gurudwara and the Natural Spring 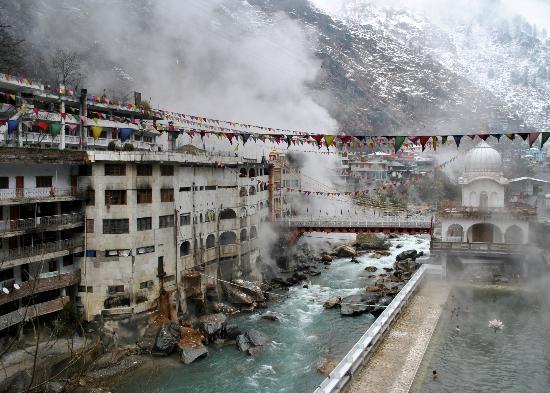 A lot of people believe that heaven resides in the hot yet comforting pools of natural hot spring that is available in this place. Yet, the real heaven is radiated by the grandiose shrine made of glistening white marble.

The Gurudwara itself is surrounded by the hot springs which emanate hot vapours and engulfs the shrine. The beautiful harmony between the cool fresh wind and the hot steam is a delight.

On the exterior is shrine is constructed of pristine white marble and has several saffron flags flowing on top of it. These flags add a much-needed colour on the otherwise white shrine.

The hot spring is below the temple. The inner sanctum of the gurudwara gets so hot that many starts sweating. Even the floors can get too hot to stand on for more than a few seconds. These can be a little unbearable for tourists, but pilgrims revel on this. The heat from the floors is divine to the pilgrims and they stand there for hours just lost in their devotion towards God. It is both shocking and inspiring.

The natural springs are so hot that steam comes out of the radiant stream all the time. The water is contained in a pool that is available for pilgrims to take a bath in. The pool is believed to be extremely auspicious and rinses off any sin that one has committed. The water is so comforting and relaxing that one feels healed and at peace. It is also said to cure muscle pain and arthritis.

All the food that the gurudwara produces is actually cooked by this hot water from the natural spring. They do not really have any stoves or even gas. It is completely cooked by the naturally occurring boiling water.

One can also volunteer at the Gurudwara. This experience is life changing. Devoting a part of ones stays to the service of others is a truly fulfilling affair. 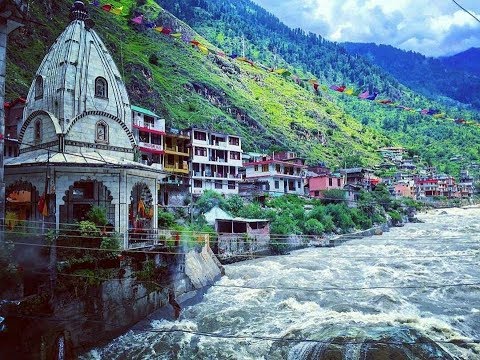 The place is one of the most magical places in the world. It almost seems that nature has used its imagination to the widest and formed this place. The natural spring flows down the mountains through magically approving curves, as the mountains form a mesmerising yet perfect backdrop for this. The hills themselves are of such varies shapes and colours that one can see every hue available in the colour palate.

There is a small tunnel which leads one to the Hindu side of the town. There are stores lined with religious souvenirs which makes the town seem extremely colourful and vibrant. There is an old legend, which says that this was the place where Goddess Parvati had lost her earring, as she and Shiva were visiting. The earring was then stolen by Shesha Nag- a demon. However, the demon was forced to surrender when Shiva performed is eccentric Tandav Nritya, and shot the jewel up through the water. This myth tries to explain the origin of the hot springs.

Manikaran is a town that is surrounded by this mystical natural spring. It is this spring that gives this town a purpose and a soul. The presence of several temples and the most famous Manikaran Sahib just makes this town even more spiritual and magical. It is a wonderful place for pilgrims, and it is enchanting to see the sheer devotion and love that these pilgrims harbour towards this place and the Manikaran Sahib.