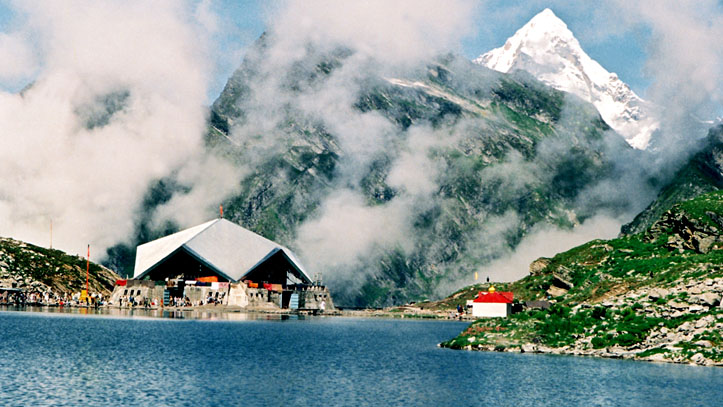 A TOUR TO THE MAJESTIC GURUDWARA – HEMKUND SAHIB

Hemkund Sahib is an important pilgrimage site for both Hindus and Sikhs and is dedicated to the tenth Sikh Guru, Guru Gobind Sikh.  The sacred Sikh Gurudwara lies in the heart of the region on the banks of Hemkund in Chamoli, in Uttarakhand. It is situated amidst the 7 snow cap crest and splendid hoary glaciers.

In’ Bachitra Natak’, in the autobiography of Sikh Guru Gobind Singh, it is mentioned that he was ordered by God to take bath at the mount of Hemkunt when he was meditating. It is said that Guru Govind Singh had mediated on the banks of Hemkund in his previous birth. Guru Govind Singh is the spiritual leader who instituted the entire present distinctiveness of Sikhism.

The picturesque and beautiful scenic beauty of the holy place which offers peace and tranquility is a striking consigns to spend your vacations. The crystal clear alluring water of the lake to the majestic peaks is a blessing to watch.

The nearest airport to Hemkund Sahib is Jolly Grant Airport of Dehradun, which is 310 kms away.  You can take a cab or bus from here up till Govindghat from where the motorable road ends and the trek to Hemkund Sahib starts.

The closest railway station from Hemkund Sahib is at Rishikesh. From here, one can avail buses or cab facility to reach Govindghat from where the trek starts.

You can take buses from ISBT or take private buses up till Joshimath. From Joshimath, you can take cabs or taxis to reach Govindghat, where the motorable road ends. The trek to Hemkund Sahib starts from here.

It is a 10km trek which would take around 5-6 hours starting from Govind Ghat. You can also take the helicopter service from Govind ghat to Hemkund Sahib which would cost around 3000rs per person.

You can also take a pony service from Pulna or Ghangaria to Hemkund Sahib and back which would cost around 1200-1600 Rs. for a round trip.

The trail is steepy but is very beautiful. There are a number of small Food stores along the way for passersby to sit and eat. 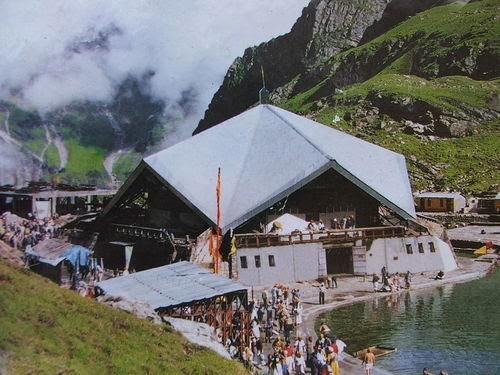 At the Gurudwara, they provide you with blankets to get warm and also provide langar and Tea.

Pilgrims take a sacred bath in the adjacent lake. There is a separate concealed segment for women as well.

Situated in the lap of Garhwal ranges of Himalayas, the holy Sikh Gurudwara is yearly visited by a huge crowd of devotees from far across the country between October and April. From early May, Sikh pilgrims begin to appear at Hemkund Sahib to lend a hand refurbish the smashed track over the winter season and subsequently for performing the pilgrimage.

This practice is termed as Kar Seva or gallant repair, which shape a significant perception in the Sikh conviction. Hemkund Sahib in addition abode a charming tarn, in the lake of which, the followers take a bath. According to the Hindu mythology, Hemkunt Sahib is also identified as Lokpal Lake.

The best time to visit Hemkund Sahib is from June to October.

During summers from June to October, it has a pleasing chilly climate with the utmost temperature reaching to 25°C. It is the best time to enjoy the paranomic beauty of this place.

During winters from November to May, the trail is snow covered and it becomes difficult to trek. The minimum temperature goes as down as -4 degrees C.

Hence From June to October, it is the most preferred and pleasant time for the holy tour. August and September are the blooming months when new flowers are born.

Yashita is a student, a part-time activist and has interned with CRY and NDTV trying to bring change in the society. She is a Thalassophile and paleophile which makes her a seeking wanderer. A part of her is a dancer another part a budding pollster and other parts are geeks and animal lovers. She is a high-spirited being and always on her toes to help others.