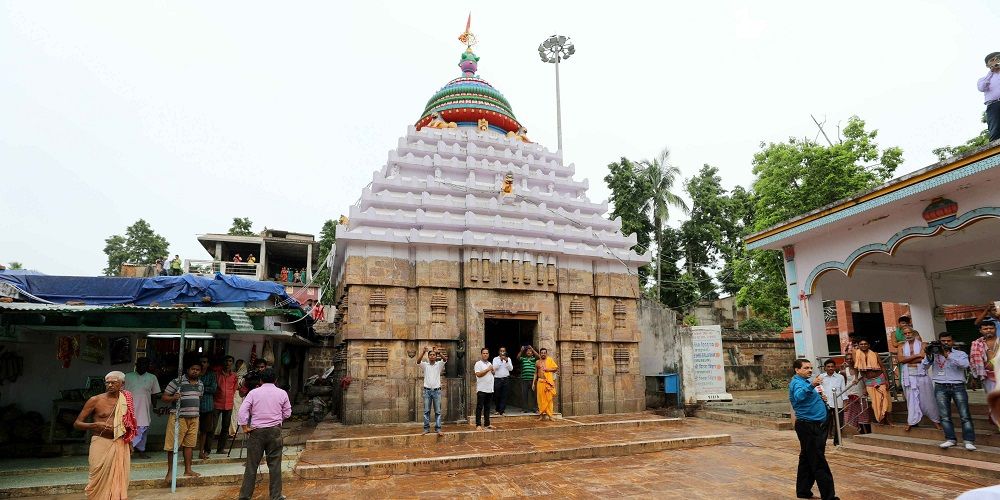 The wonderful state of Odisha is filled with natural wonders, man-made sculptures and temples that will make you rediscover the wonders of religion. This time on your Odisha Temple Tour, make sure to visit the lovely town of Jajpur and the Biraja Devi Temple to feel the grandeur of a remote temple.

Situated at the quaint hamlet of Jajpur, this stunning temple is also a Shaktipeetha. Brimming with positive energy, a bustling history and marvellous anecdotes, the Biraja Devi Temple will make you fall in love with shrines again.

While on your temple tour in Odisha, make sure to explore the town of Jajpur, and all the other temples that it has. You can also spend some idle hours by the serene Kusuma lake.

A History Of Jajpur

The ancient city of Jajpur came to existence since the time of the Gods. According to folklore, Lord Brahma himself has sone a Yagna here. It was also the capital of the Odisha region from 8th CE to 10th CE, which is also testimony to the fact as to how important this city once was. Jajpur was also progressive for its time, as many as six women ruled this empire. The city, however, did come under attack in the 16th CE. Several temples and shrines were destroyed during this attack. However, till today, you will find little shrines and ancient temples such as the iconic Biraja Devi Temple.

The Shrine Of Biraja Devi

The beautiful Biraja Devi Temple will stand out from the moment you see it on your Odisha Tour. It is also a Shaktipeeth, and according to folklore Goddess Sati’s naval had landed here. Thus, it is also called the Nabhi Peeth.

Situated right in the middle of three Shiva Temples- Krateshwar, Varuneshwar, Beleshwar, the Biraja Devi looks resplendent in all ways. As you start to approach it, you will feel a radiating aura pulling you closer and closer.

At first glance on your Odisha temple tour, the temple looks like a walled fort. At the entrance gate, you will find two sculpted lions dutifully guarding this temple.

While from the outside you will not realise it, the Biraja Devi Temple Complex is brimming with many little shrines and colourful temples that make this place quite vibrant.

The main temple itself is coloured in all white and adorned with Amakalas. The other little shrines that surround this temple also follow the same colour scheme, that gives it a lovely uniformity.

Even before you enter the main temple, you will find her Vahan or transport- the lion etched onto a stone pillar. This is a typical Odia architecture style.

Once you enter the temple you will find stunning and vibrant red coloured pillars. Keep walking and you will come across the Garbhagriha, where you will an eternal flame burning. Just stand there and gaze at some for some time. There is something so powerful that echoes through the walls of this temple. You will feel calm and at peace almost instantly.

As you reach the gorgeous idol of Biraja Devi, you will find her in her usual posture. She is represented in standing posture with two arms and holding the tail Mahishasura in her left hand while killing him with the trident in her right. This is unique since most of the temples show the Goddess as having more than two arms. She looks quite beautiful in a traditional sari.

Look closely and you will notice the intricate and glistening crown of Biraja Devi. The crown is brimming with little idols of Ganesha, Vasuki, Shivalinga in a Yoni & moon. This symbolises the different paths of Hinduism and makes it look quite mesmerising.

To feel the essence of this temple come here during the Varuni Mela which takes place during the Chaitra month.

The main temple tank of the Biraja Devi Temple is also a sight to marvel at in your Odisha tour. This tank was also believed to be the Yagna Kund where Brahma performed his Yagna and the Devi appeared. In the olden days it was surrounded by lush green and dense forest, however today it is located right in the middle of a chaotic city.

This old stone pillar is situated by the boundary of the ancient Banyan tree. The Subha Stambha is perhaps one of the most humble-looking structures in Odia architecture. This pillar was once a part of the temple, but with the extension of the temple, this pillar got a place of its own. There used to be an idol on top of this modest pillar as well which now has its temple.

To wrap up your unique Odisha tour, visit the Biraja Temple museum, which will tell you the entire story of the Devi. From the Yagna of Brahma to the construction of the Subha Stambha- the entire anecdote is laid out through diagrams.

This museum is quite a fascinating visit and is unique to this temple. Not a lot of temples will have museums that detail the entire history of its main deity.

This museum also lays down the other temples that are located in Odisha. You can visit them on your unique Odisha tour if you have the time.

The Other Temples In The Complex 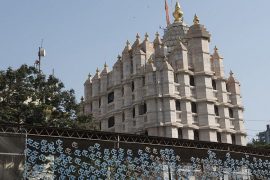 The Holy Marvels of Mumbai: A Wonderful Temple Tour In Mumbai