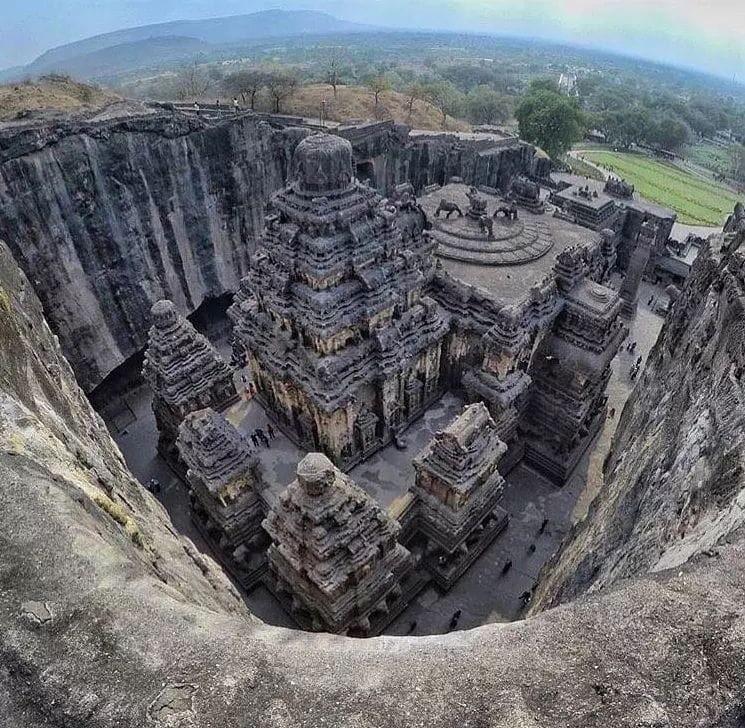 The Ellora Caves in Maharashtra is something so unique and beautiful, that many find it unbelievable. These caves are essentially rock-cut temples made in the devotion of Lord Shiva. What really makes visitors go gaga over this place, is the fact that these temples were made from a single rock.

From the craftsmanship to the brilliant designs, everything here will leave you spellbound and surprised. The cases themselves are centuries old, and their resilience and strength are amazing.

The caves are known for the intricate and precise carvings that adorn their inner and outer walls, making them look all the more exquisite. The UNESCO Heritage Site is a breath of fresh air, as you peak into the designs of the past.

There are about 34 cave temples in Ellora, yet the one that captures the very essence and beauty of these caves is the Kailash Temple.

This cave is absolutely massive and you will find yourself getting confused with the number of openings and exits. The rock-cut temple was actually carved from the top down to the bottom, which is much harder than doing the other way round.

The structure is so humungous that to put it in perspective- the complex is two times the size of Pantheon in Athens. The amount of back-breaking effort needed to make this temple resonates from each wall, and they are built with a queer sense of perfection.

The inner structure of the temple resembles every other temple from that period- complete with an assembly hall, a shrine of Shiva and the Garbha – Griha- which is the core of the caves.

As you walk towards the main shrine you will find yourself staring at 16 beautiful pillars. While the pillars are primarily meant to support the structure and are certainly not meant to be a mere piece of decoration- however, the fact that all of this was made from one single rock is what really makes even the most ordinary looking pillars special.

Make sure while in this area, you glance at the Dhwajasthamba- which is a rock pillar. The pillar is royal in every way and is absolutely mesmerising. 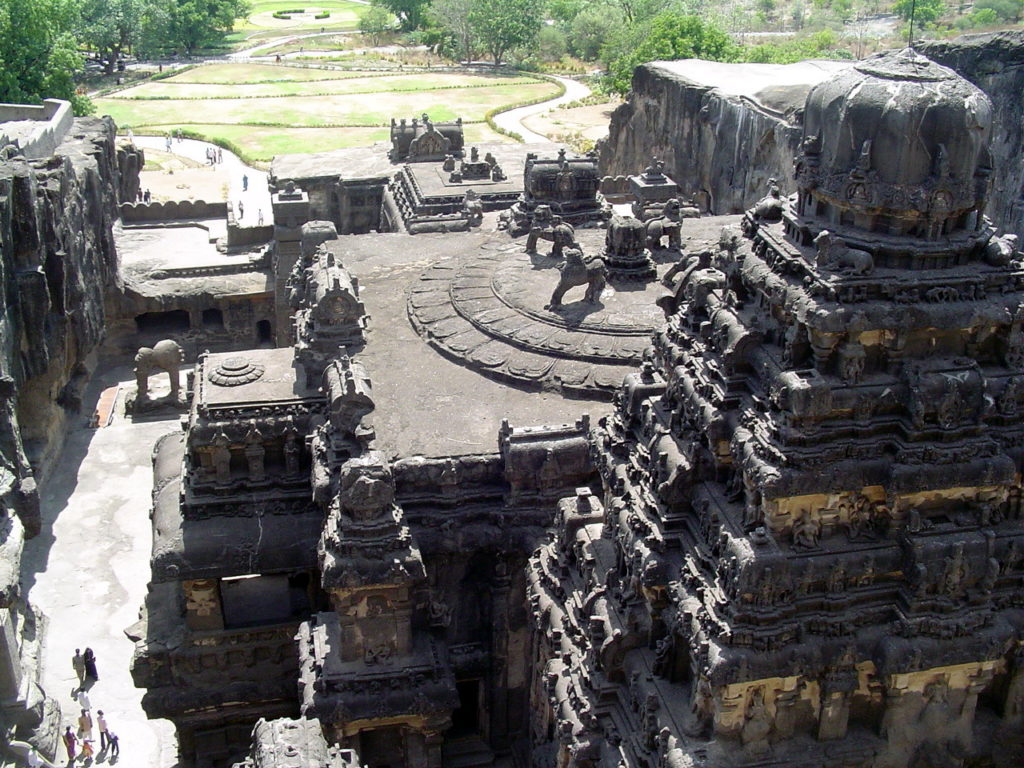 The peak of the temple was once coloured in pristine white paint to make it look like the peak of the snow-covered Himalayas. Yet, due to erosion and pollution, the white dome is no more white.

The entire temple is surrounded by different statues and structures all of which have been built by different dynasties and all of them have a different story to tell. The sculpture of Ravana attempting to live the huge Mount Kailash is so realistic and amazing, that many called it the peak of Indian architectural brilliance.

Experts have claimed that more than four hundred thousand tons of rock were the actual amount needed to build this one temple.

There is so much to the temple, that for people truly wanting to understand the entire history and symbolism- it can take up to four hours for just this one time. So much has been packed into this beauty.

In the Kailash Temple, it feels like the marvels never come to an end. It home to the oldest Shivalingam, which just makes it even more previous and pious.

The temple is so perfect that many people have even exclaimed that humans couldn’t have possibly made it. Guides will tell you all about the amazing secrets, which will make you wonder if some supernatural force was at play here. The temple is immaculately carved, especially the top, which has statues of a Lion positioned in a way that they form an X if you see from a helicopter.

Many more wonders like this are found in abundance here.

The temple also has one of the best rainwater harvesting techniques and the drainage is actually better than the modern cities in India. 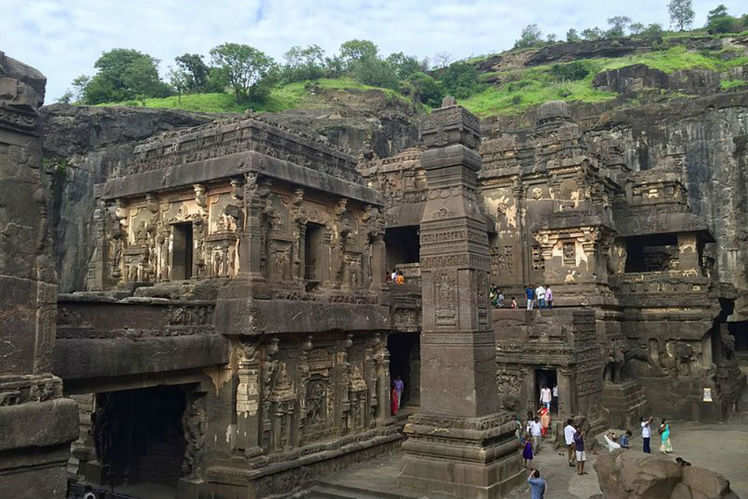 source: I Am Gujarat

The temple has gone through a number of things- from passages of time to natural disasters to several efforts by invaders to destroy it. One such effort came from Aurangzeb, who tried to destroy all Hindu Temples. He was so determined to destroy this one, that he sent 1000 men, who worked every single day for three years to bring this temple to the ground. Yet, nothing of significance happened. When Aurangzeb finally gave up, it was almost as if they were never there. The temple still stood there, under the brilliant moonlight which went inside every cervix of the temple and made it more Godly than it is.

This temple is the epitome of Indian architecture. Not only has it paved the way for architecture in India, but also kept itself veiled in a queer sense of mystery which has given it a wondrous aura.

Every aspect and design of this temple has a story to tell, and a symbol to show you. The guides really do a great job trying to explain to you what all of then stand for. Some of these symbols and stories are so mesmerising that you will often wonder if you are in a dream or real life.

The Kailash Temple of the Ellora Caves is a structure of hardwood and determination- which has led to the creation of such a beauty. If this wonder doesn’t surprise you, then nothing in life will.