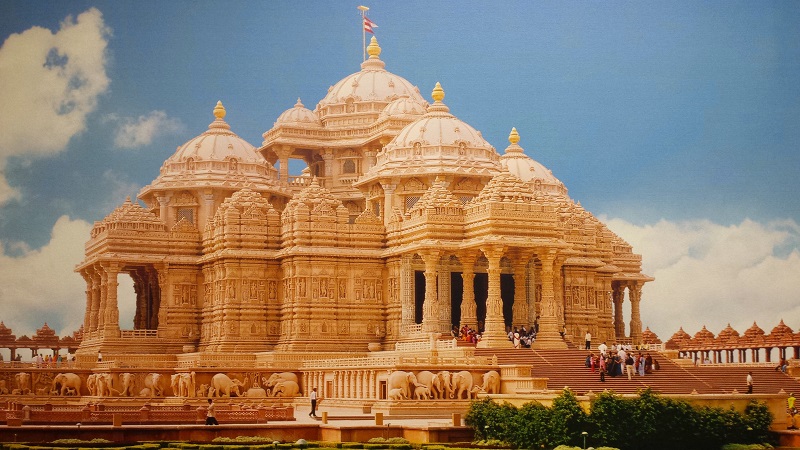 Nothing excites like a perfect holiday combined with a bit of religious refuge. If this is what you desire, you will make your next travel plans to the temple city in India. Dham Yatra gives you an insight into some of India’s top religious destinations that will offer a fascinating glimpse of architecture, history and religion- all rolled into one amazing trip.

Image Credits
Meenakshi Temple at Madurai is another wonder not worth missing out on during the wonderful tour. This special masterpiece dedicated to Pervati; the Hindu goddess and her consort, Lord Shiva is dazzling in its bright paints and elaborate sculptures. Meenakshi Temple is a replica of Dravidian style architecture.Tips- While in the temple, take a good look at the carvings on the two main gopurams, they are worth the time with their intricate beauty.

Best Time to Visit- Between October and March, you would marvel at the trip.

4-Brihadishwara, Thanjavur, Tamil Nadu
This is a UNESCO World Heritage site that clocked its 1,000 years in 2010. The 11th century Brihadishwara Temple is large granite carved structure dedicated to Lord Shiva, the Hindu god.
Tip- Devotees would find it appropriate to visit during the Mahashivaratri festival to witness one of the most spectacular occasions that glorify the temple.
Best Time to Visit- It is ideal to fly to Tiruchirapalli; which is the nearest airport, in October to March. 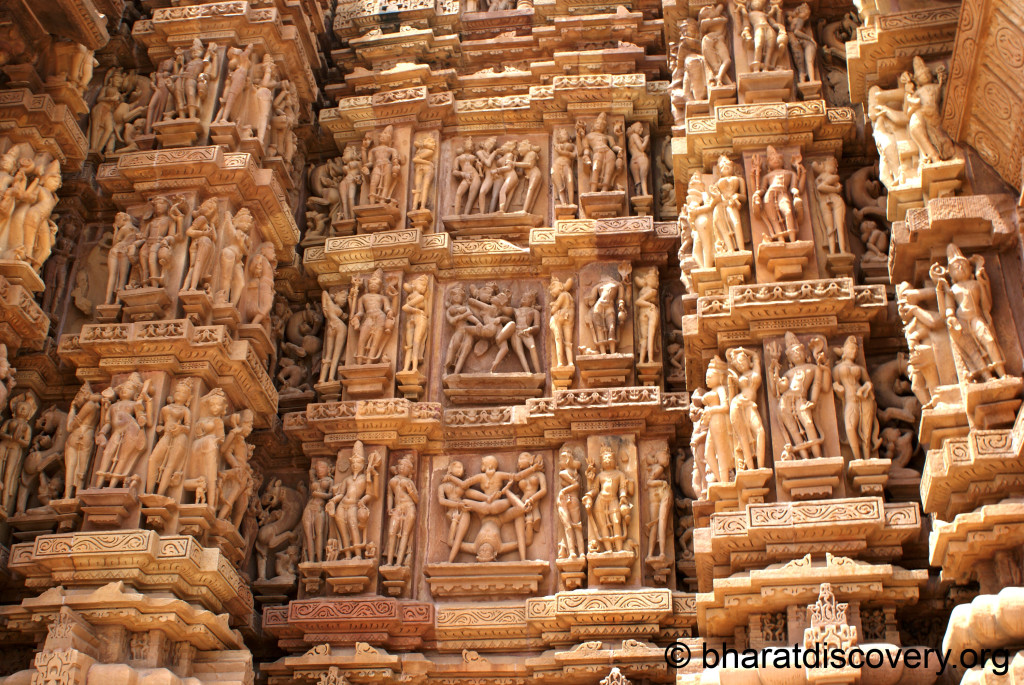 This is another UNESCO World Heritage Site that dots the Indian nation. These Hindu and Jain temples are adored more for their architectural brilliance than their religious relevance. The temple complex is popularly known for erotic sculptures found outside the walls as well as the Nagara style of architecture. All these however, cannot muffle the serene and calm interiors that make up a big part of the temple. Whatever currently exists may just be part of what was originally there of the huge temple built during the 10th and 20th centuries, but it is still sufficient to leave a visitor more than spellbound.
Tip– Travel plans are best made during the Khajuraho festival schedule. When there are cultural shows along with dance performances, the temples act as backdrops, giving the activities a brilliant feel.
Best Time to Visit- Anytime between March and September would make the trip ideal. Since the Annual Dance Festival is in March, this is the best time to fly to Khajuraho.

6-Somnath Temple Gujarat
Although the structure has undergone several reconstructive activities, it still stands out. Over the centuries, it has been restructured a number of times yet it has not lost its glory. Constructed in 1947, Somnath Temple remains a tourist hotspot and a pilgrim magnet in Gujarat.
Trip- Remember to check out the Arrow Pillar on the sea protection wall. The amazing pillar points to a straight line above the water with no land found in between the shores and Antarctica.
Best Time to Visit- October to March is the perfect time to get the flight to Ahmedabad.

7-Jagannath Temple, Puri, Orissa
The massive 12th century temple complex found in Puri is a group of 120 shrines and temples housed within very huge walls. This temple dedicated to Lord Jaganath is a popular destination for its annual Rath Yatra which is attended by millions of pilgrims from India and around the world. The temple is among top four Hindu destinations.
Tips- This is an opportunity to take a good look at the image of Jagannath. Unlike other deities mostly made of stone or metal, this one is made of wood.
Best Time to Travel- November to February is actually the best time to catch that flight to Bhubaneshwar which is the nearest airport.

8-Akshardham Temple, Delhi
Though it is a recent addition to the list of famous Indian temples, Akshardham Temple spreads over a hundred acres of land. The pink sandstone and white marble complex was built in 2005 and obtained both name and inspiration from the other Temple in Gujarat. Of course it surpasses its namesake in both beauty and scale, and has its interior dotted with more than 20,000 statues to bow to from the Hindu pantheon of gods and goddesses. To effectively sample and enjoy a visit to this massive masterpiece, one needs to set aside the whole day.
Tips- There is a World Peace monument on the premise to visit.
Best Time to Visit- Delhi is best visited in October and April. These are the ideal months because they are cool.

9-Iskcon Temple, Bengaluru, Karnataka
This is another recent temple to sample in India. It is a special dedication to Lord Krishna and Radha, and was built in 1997. It is also the largest Iskcon Temple in the world.
Best Time to Travel- Throughout the year, Bengaluru maintains a pleasant weather. For one who adores the very best of weather during a trip to Bengaluru, the best Months are between October to February.

10-Mahabodhi Temple, Bodh Gaya, Bihar
This is another UNESCO World Heritage site in India. Maha Bodhi Temple at Bodh Gaya was built in the 3rd century BC by Emperor Ashoka and has withstood the test of time. Though it has undergone a series of restructurings, it has indelibly maintained its original elements.
Tips- The Holy Bodhi tree on its western side is the main attraction. History has it that it is a descendant of the original tree which Lord Buddha sat under during his meditation.
Best Time to Visit- Between November to February is the best time to travel to Gaya.